It’s no secret that lots of big, contributer-oriented sites have gone the “nofollow” link route in recent times. The question that remains is whether this is an effective strategy, and whether it contributes to or detracts from SEO efforts at large. The industry seems to be in need of a data-driven examination of the concept, so we’ve busted out some data analysis and crunched the numbers on before and after the nofollow links were added to several prominent websites. But first, a brief look at the issue to refresh your memory. 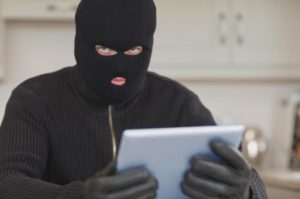 External site links, as a form of business currency, can be more valuable than gold.  Ask any entrepreneur or expert business owner who’s ever attempted to ascend the mountain of Google rankings for valuable keywords, and they’ll agree.  That’s why, in the summer of 2017, the SEO industry lost their collective minds when news broke that Forbes, Inc Magazine, and others had switched their sites to “nofollow” external links. To the uninitiated it seems like a small, innocuous change. To seasoned SEO practitioners, it was the heist of the century.  Let me explain.

It’s a well established economic fact that people don’t work unless there is incentive.  Many sites, Forbes and Inc included, rely upon expert authors who work more or less for free in monetary terms and produce deep, nuanced material which is subsequently published by the magazine. In lieu of pay, these authors receive notoriety, extended reach, and backlinks. The links are arguably the most valuable of those three forms of quazi-currency, as they contribute to the monumental task of ranking highly for competitive keywords on the author’s own website.

And therein lies the source of much controversy.  The magazines kept the material authored by the contributors but ultimately robbed them of the reward by adding the rel=”nofollow” attribute to the author’s links, which essentially tells Google’s search crawlers to ignore the link and deprecate it’s value and authority.  It’s one thing to author an article for a publication knowing that their links will be coded as “nofollow” beforehand; it’s quite another thing to do the work under the pretense of being rewarded with a valuable link from a high-authority site only to be stripped of your prize months or even years later.  So why would anybody do such a thing?

There was heated debate on the matter within the expert SEO community, with some people in favor of using the rel=”nofollow” tag while others claiming it was bad for the web in general. After all, experts postulated, if everyone says that you can’t trust their links (which is one use of the tag), then what will become of the internet?

This circumstance made all of us here at CanIRank rather curious. As a company, we get a kick out of dropping data bombs in the middle of heated emotional debates on contemporary topics in SEO, so the obvious question emerged. Does using the nofollow tag on external links have any impact on organic traffic? Unfortunately, there’s no database listing sites that have switched to using the nofollow tag along with the date of change. But with a little sleuthing we did manage to track down a few well known publications that have made the switch. With the help of the Wayback Machine, we were able to pinpoint when the change was made. What follows is an analysis of these sites.

But in the end we had to go back to a post from almost nine years ago to really understand what’s happening.

On August 29, 2017 Matthew Barby and Marie Haynes tweeted that Forbes and Inc had switched to using the nofollow tag on external links.

Looking at the graph below, there’s no significant difference in organic traffic from August 2017, when they changed their external linking policy, to September 2017.

Like Forbes, Inc changed their linking policy in August 2017, applying the nofollow tag to external links. They lost 140,000 visitors the following month.

When Entrepreneur moved assigning the nofollow tag to external links in June 2017, they saw a substantial decrease in traffic of 15% the next month.

When QuickBooks changed their external linking policy to using the nofollow tag in January 2017, they lost 10,000 visitors the following month. Considering that they were receiving 9.48 million per month, the impact was relatively insignificant.

CIO suffered a 13% drop in traffic when they made the switch to adding the “nofollow” tag to external links in August 2016.

Huffington Post switched to nofollow tags on external links in July 2016. Note that this was only for their blogger platform and not for posts contributed by staff writers. External links from staff writers are still tagged, as of this writing, as followed.

But take a look at the traffic. The month after they changed their external linking policy, they lost 1 million visitors. That’s five percent of their total monthly traffic.

Way back in at the beginning of 2013, Lifehack.org changed their external linking policy to applying the nofollow tag to external links. One month later, their traffic dropped by 35,903 visitors or 24%.

In an old interview with Matt Cutts, he stated that “parts of our system encourage links to good sites”.  More recent studies by Search Engine Journal, RebootOnline and others confirm that including external links has a positive effect on SEO. So it should come as no surprise that many of the sites we reviewed suffered when they converted external links to nofollow.

Once upon a time, a very brief one at that, you could use the nofollow tag to manipulate Page Rank. But those days are long gone. Back in 2009, Matt Cutts all but said that using nofollow for PageRank sculpting doesn’t work and that “we do not expect this to change again.” So let’s just put a nail in that coffin, alright?

According to Matt Cutts, “parts of our system encourage links to good sites”. That means your site may no longer benefit from that encouragement if you switch to using the nofollow tag on external links.

How Some Sites Implement rel=”nofollow”

As for Forbes, I suspect they made the change in response to a payola scandal. An investigation by The Outline found that “contributors to prominent publications have taken payments in exchange for positive coverage”, Forbes being one such site. Their solution to the problem was to ban contributors caught engaging in this behavior, changing external links to nofollow and in some cases removing the entire post.

How to Properly Use rel=”nofollow”

So if setting all external links to nofollow doesn’t impact PageRank and therefore doesn’t improve neither your position in the SERPs or increase traffic, then why bother?

Google suggests three situations where you may want to use the rel=”nofollow” tag:

Continue linking out to quality sites because according to Matt Cutts, “Google trusts sites less when they link to spammy sites”. Although that advice is almost nine years old and Mr. Cutts has moved on from Google, I suspect that guidance is still good today.

So what to do if you have a blog with contributing authors? Conventional wisdom and data analysis seems to suggest that you shouldn’t switch your external links to nofollow. Instead, make sure you have a review process in place to vet those articles and see to it that your audience receives quality content.

So, all things considered, there’s still an element of debate afoot about the merits of “nofollow” tagging contributor links, even when properly used.  What say you, gentle reader? Do you think it’s a legitimate play by publishers to control quality and eliminate fraud, or do you think it’s the heist of the century? We’d love to hear your opinion in the comments, so fire away.

About the Author: Jonathan Greene

Jonathan Greene is the Head of Growth at CanIRank. He's an experienced digital marketing architect, having spent millions of client dollars on paid traffic with impressive returns on ad spend.